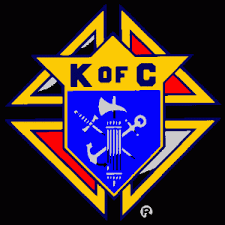 Bruno Arena was born to David and Adele Arena on October 8, 1939 in the Bronx.  He was the youngest of four and the only son, an honor which always won him favor in his mother’s eyes.  His family soon made Lynbrook their home, and Bruno attended all Lynbrook schools, graduating with the class of 1957.  As a young man, Bruno belonged to a car racing club, where he made lifelong friends and many colorful memories – all while singing along to his favorite Doo Wop tunes.

In 1960, Bruno served in the Army and, while stationed in Fort Knox, Kentucky, he met his loving wife Janice.  After his discharge he returned to New York to work with his father as a stone mason.  Bruno maintained his courtship with Janice by leaving work each Friday afternoon and driving fourteen hours and 800 miles to Kentucky for a visit, only to return home again on Sunday!  Stories abound about how he hijacked his friends, who would unwittingly doze off in his car expecting that they were on their way to a coffee shop, only to wake up on an interstate somewhere outside Cincinnati, Ohio.

Bruno and Janice married in Kentucky on June 8, 1963 and then returned to Lynbrook where they raised three children, Raymond, David, and Theresa.  Bruno became a building inspector for the Incorporated Village of Lynbrook, retiring in 2005.  He was also a very active parishioner at Our Lady of Peace Church where he served as a Eucharistic Minister and as a volunteer for many years, cooking for the annual church carnivals.  The food booth was affectionately known as “Bruno’s Arena.”

Bruno was perhaps most proud of his volunteerism with St. Mary’s Knights of Columbus, where he was a Past Grand Knight and honorary lifetime member.  Here he loved to exercise his culinary skills, cooking for everyone from small groups of volunteers to hundreds of party patrons, and he always did so with a smile.  He never turned down an opportunity to give of his time and talent and he never said “no” to a person in need.

In addition to cooking, Bruno liked to tend to his father’s fig tree, read a good book, tinker in his garage, ride his bicycle, smoke a cigar, and enjoy a cold beer or a sip of a good bourbon with his friends and neighbors.  Most of all, he loved spending time with his family, maintaining rich holiday traditions, breaking bread over a good meal, and watching his six grandchildren grow and prosper.  His smile, his warmth, and his loving presence will be most profoundly missed.

To send flowers to the family or plant a tree in memory of Bruno Arena, please visit our floral store.