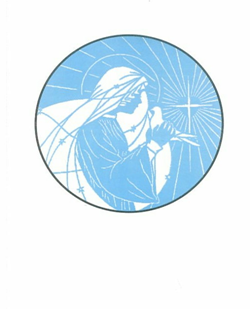 Eileen Ann (Lally) Walsh passed away on May 21, 2022, a few months before her 100th birthday.  She had a rich and full life that spanned two centuries.

Born in Astoria, Queens, N.Y. in late August 1922, Eileen was the second daughter of the late Anna (Cotter) and James Lally, who had both immigrated from Ireland.  She graduated from St. Joseph’s Elementary School and William Cullen Bryant High School, attended secretarial school and then worked as a secretary in Manhattan.  In 1940, when she was 18, she went to a dance and met the love of her life, Michael Walsh.    They became engaged by letters while he was on Air Force missions in Europe during World War II.  They married in 1946, after he had returned from the service, settled in Astoria and had three children. Eileen was a full time homemaker until about 1964.  A skilled seamstress, she took on many projects at her home sewing machine during these years -- from doll clothes to coats, upholstery and heavy drapes.  Around 1964, she started working part time at Collins and Aikman in Manhattan.  In 1968, Eileen and her family moved to Malverne, N.Y. and she took a job at a local bank, Franklin National Bank, where she worked until the mid-1980s, when she retired.

In 1987, Eileen became a widow when her husband Michael died unexpectedly of heart disease.  After Michael’s death, with her characteristic resilience and deep religious faith, Eileen created a life for herself and moved to an apartment in Lynbrook. She made many good friends at 75 Noble Street, where she lived for over 30 years.  Eileen also rejoined the workforce, starting a new career at the Hempstead Senior Community Service Center. She loved her new job and the seniors for whom she organized numerous activities and lent a sympathetic ear. Eileen was promoted to coordinator and was beloved by the seniors in the center; she thrived in that job for over twenty years until her retirement at age 87.  She received many human service awards from Nassau County for her work at the center.

A very devout Catholic, Eileen was active in Our Lady of Peace Church and in the Ladies’ Auxiliary of the Knights of Columbus.  In 1992, she was honored as a “Belle” by the Ladies’ Auxiliary.  A lover of travel, Eileen, as a widow, took many trips both within and outside the U.S.  She travelled across the country to places such as Jasper, Wyoming and Lake Louise with her sister Mary and brother-in-law Ed. In her 70s and 80s, she often went with her childhood friend Peg Simek on tours and cruises to destinations such as Alaska, Hawaii, Ireland, Scotland, England, Italy, and France; she sometimes travelled in the summer with her daughter Andrea, visiting Canada and various sites along the Hudson River such as the FDR Museum.  Eileen also loved to paint; her paintings graced the walls of her apartment and the houses of her children.  An energetic and skilled bargain hunter, Eileen enjoyed shopping for herself and her family until the last months of her life.

Through her 90s, Eileen played online Scrabble every day and cards every Saturday evening with her friends at 75 Noble Street; sometimes her daughter Christine would join them.  Her optimism, faith and sense of humor kept her going through some health problems in her 80s and 90s. “The old gray mare ain’t what she used to be,” Eileen would frequently joke to her family and friends.  At 96, she traveled from New York City to her grandson Michael’s medical school graduation in Miami, Florida. In fall 2019, as her health declined, she moved to Weston, Florida to live with her son Michael, daughter-in-law Marianne and grandsons Michael and Robbie.

Eileen will be sorely missed and fondly remembered in many ways: as a loving and generous mother, mother-in-law, aunt and grandmother, a loyal and devoted friend, and a dedicated worker, a lover of ice cream, Manhattans, a great bargain and Downton Abbey.

Eileen is predeceased by her husband, Michael Walsh, parents James and Anna Lally, her older sister Mary Lally Fallon and brother-in-law Ed Fallon, and her younger brother James, who died in infancy.

There will be a wake Thursday, May 26, from 4-8PM at Flinch and Bruns Funeral Home, 34 Hempstead Avenue, Lynbrook, N.Y.  flinchandbruns.com.  Memories and condolences can also be expressed on the website.

Her funeral Mass will be held at 10:45 AM. Friday, May 27th at Our Lady of Peace Church, 25 Fowler Avenue, Lynbrook, N.Y. Burial will be at Holy Rood Cemetery, Westbury.

A Memorial Tree was planted for Eileen