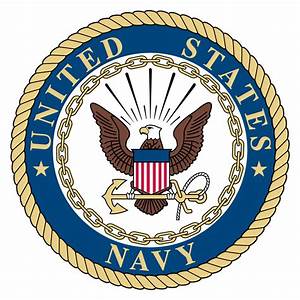 PLEASE NOTE: We will continue to require of visitors the recommended social distancing of 6 feet. We will maintain a reasonable amount of visitors at any given time. Please be mindful that visitors are to be respectful to those who may be waiting by keeping your stay brief.

George L. Hazel was born in Brooklyn, NY in January 1926. He lived in New York his entire life, always citing his fondest memories of growing up in "The Bay" (Sheepshead Bay). He enlisted in the United States Navy on his 17th birthday, January 15, 1943. He trained at the Naval base in Newport, Rhode Island, and after three months was assigned to the Amphibious Corps to one of the Navy's Landing Ship Tanks, enduring active battles in the European theater, specifically Italy and North Africa. He served as a pointer on a 20mm machine gun on his Amphibious Assault Ship (Multi-Purpose) (LHD). His ship was torpedoed near Sicily in the Spring of 1944, and he was injured. He received an honorable discharge as a disabled American veteran in May 1944. He returned to Brooklyn and married Ann, who would be his wife for 71 years before she preceded him in death in 2017. He is survived by his three children: Hope Dispigno (Philip), Karen (Mike Radenbaugh) and George L. Hazel (Angela); his four grandchildren: Lisa, Cristina, Raquel, and Lorena; and numerous nieces and nephews, all of whom he loved dearly.

Our father was a good man. He was a remarkable man. He worked extremely hard throughout his life and made the most of what little he had here on earth. He was an avid reader and read books on nearly every imaginable subject, including physics, astronomy, mechanics, and history, particularly the American Civil War. His deep knowledge of very complex subjects was the result of his self-taught efforts. He was wise, quick witted and took nothing for granted, especially the people in his life. He was strong in times of adversity. He loved his country deeply, but never bragged about his service; he often said he was grateful he survived World War II but didn't like to talk about it.

Most important, he became a devoted follower of Jesus Christ later in his life and never turned back. We know he was saved through Christ.  And even in his last days he remained strong in his faith in Almighty God and in his salvation through His Son. His faith guided his life and he found great solace in his convictions, which inspired faith in all of those around him. We will miss him dearly. We will miss his laughter, his stories, and talking to him as we did every day, but we know he is in Heaven now and at peace, waiting to see us again. His sense of humor, generosity and devotion will live on in our hearts until we are reunited with him.

To send flowers to the family or plant a tree in memory of George L. Hazel, please visit our floral store.