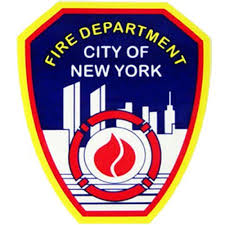 Please note: Masks and social distancing are required of all visitors. The number of visitors will be limited at ALL TIMES to 35 persons for the safety of the family as well as all guests. Please be mindful that visitors are to be respectful to those who may be waiting to visit by keeping your visit brief.   Thank You.

Henry grew up with his 6 siblings and lifelong friends in Malverne, eventually taking the title of “Mayor of Malverne.” In 1976, he met the love of his life, Goldie. Following their first date to her prom Henry took the long road, waiting 8 years to ask her to marry him!

Henry and Goldie moved to South Hempstead, buying their forever home on Irene Street in 1984. It was here that Henry and Goldie raised their three children, Colleen, Hank, and Barbara. They hosted countless parties and holiday gatherings for over 35 years and counting. His never-ending quest for community leadership earned him the title of “Block Captain” on Irene Street.

As a jack of all trades, Henry was always willing and wanting to work. Over the course of his life, he always loved to earn a buck. He worked baggage at Eastern Airlines, drove a Boars Head route, washed windows, and worked at Flinch & Bruns in various roles for over 50 years.

Henry always aspired to become part of the FDNY, following in his father’s footsteps. In July 1981, his dreams came true and he became a member of Engine 275 in South Jamaica, Queens. During his time with the FDNY, Henry won a number of honors and awards including the Daily News Hero Award for his heroism in the line of duty. His hard work and dedication led to him to being promoted to Lieutenant in July 1997. Henry was a proud member of the FDNY Emerald Society for over 40 years including spending many years as a board member, promoting his Irish heritage. He loved marching in the St. Patrick’s Day Parade every year with the Emeralds.

Henry was wild about best little buddies, Jaxon and Grayson, as well as his grandpups, Hudson and Winston. He was an avid golfer, loved to cut the lawn (known for the best lawn on the block!), always knew how to find a good deal, threw the biggest and best parties, but most of all he enjoyed spending as much time as possible with his family and friends. From his annual trips to Topsail with friends to many family gatherings, Henry was always the life of the party.