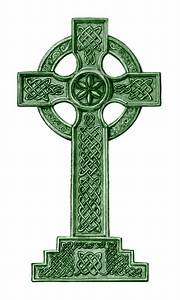 Kathleen was born on January 29, 1942 in County Cork, Ireland. She immigrated to New York in 1960 and joined her older sisters Maureen and Eileen in the Bronx. Kathleen married Pat Murphy, originally from County Kerry, in August 1963. In 1964 they welcomed their first child, Patrick. In 1965 twins Ann & Mary were born, followed by Michael in 1967 and Tricia in 1972. That year they moved to Forest Hills, Queens, where they remained for over 30 years. After retirement they split their time between East Durham, NY and Boynton Beach, FL.

Kathleen was a dedicated wife and mother; she spent most of her days driving kids to sporting events and activities and feeding half of the kids in Forest Hills. She was loved by everyone who knew her, had a strong faith and was completely focused on her family.

In 1995 her first grandchild, Emma, was born followed by Patrick, Charlotte, Shea, Kevin, Liam, Kevin, Jack, Nolan, Ella, Madison and Kate. They are her pride and joy.

Kathleen and Pat were married for 59 years.