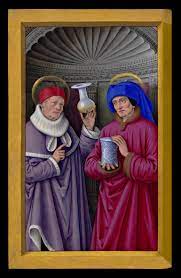 Michelina (Mickey) Andreo was born on June 23, 1938 on the kitchen table of her family’s Brooklyn apartment. She was one of nine children born to Nicola and Nunzia Pierro, Immigrants from a town Bari, Italy called Bitonto.

Mickey grew up in a “poor” immigrant family, but always said she never knew she was poor because of the love and joy that was a part of her family life. In addition to that love and joy, there was the best food an Italian kid could hope for, because of her mom, Nancy. Mickeys mother (my grandmother) could cook like no other. She made the simplest ingredients into a gourmet meal every night for her husband and nine children.

Mickey was the eighth child in the family and has been predeceased by five of her older sisters.

As Mickey grew up, she was always around a friend of her brothers, Mike Andreo. After Mike went into the United States Air Force and completed a four-year tour of duty, he decided he was going to marry one of those Pierro girls and he set his eyes on Mickey. They were married on April 30th, 1960. Nine months later Mickey gave birth to first born, Joe. In a few years, her son Nick and Mike would follow. In 1972, Mickey gave birth to her fourth child, a son named Steven who was stillborn, but has always remained a part of the family and was never forgotten.

After the birth of their children, Mickey and Mike bought a house in Middle Village, Queens to raise their boys. Mickey was devoted to her husband and sons and remained devoted after her husband became ill with Multiple Sclerosis in 1972. Mickey was determined to take care of her husband and give her boys a normal life with love and joy in their Middle Village home. Mickey took care of her husband until his death in 1996. During that time, Mickey worked as a school aide for the New York City Department of Education.

Mickey sold her Middle Village home in 2002 and bought a house in Valley Stream, NY to be close to her children and four grandchildren: Ashley, Stephen, Christopher, and Victoria.

Mickey lived the remainder of her life on Lydia St., Valley Stream, just a few blocks away from the houses of her three boys their wives and her grandchildren. Mickey was as devoted to her grandchildren, as she was to her own children. She was the anchor of the family, and set an example of true love and devotion to all who had the fortunate luck to meet her and be her friend.

The world has lost a beautiful example of the true meaning of the words daughter, sister, wife, mother, mother-in-law and grandmother.

A Memorial Tree was planted for Michelina