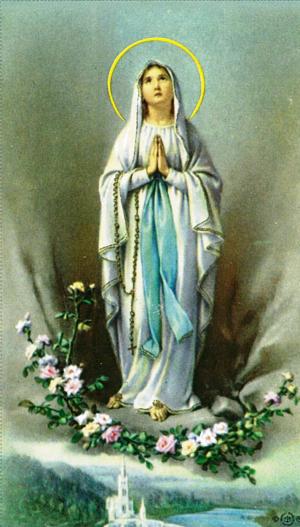 Paul W. Lynch, Esq., of Malverne, NY, died peacefully at home on July 23, 2021,
at the age of 85. He was the beloved husband of the late Marilyn (“Mickey”)
Lynch, loving father of four daughters, and cherished grandfather of six
grandchildren.
The product of Catholic education (Chaminade High School ‘53, College of the
Holy Cross ‘57 and Fordham Law School ‘60), Paul lived a life of faith and service
to others.
Paul was a highly respected attorney for over 50 years until his recent retirement
from Murphy & Lynch, PC where he was a partner for many years. Earlier in his
legal career he worked at the Nassau County Attorney’s office and was active
politically, assisting Hon. Norman F. Lent with his initial election to the United
States Congress in 1971 (Lent went on to serve 11 terms) and was instrumental in
helping Hon. Frances Purcell with his election as Nassau County Executive, a
position he held for multiple terms.
Paul was an active resident of the Village of Malverne during the over 80 years he
resided there. A prominent part of the Village government, he served in various
roles including Village Judge, Village Trustee and Police Commissioner, for many
years.
One of the most meaningful aspects of Paul’s life was his commitment to the
Catholic Church, in particular his role as a lifelong parishioner at Our Lady of
Lourdes Church in Malverne, NY. In his early years, he served as an altar boy;
later in life, he was involved as a Parish Trustee, he founded and organized the
OLL Bazaar, served for many years as a lector, and was a regular participant at
daily Mass. Paul cherished his parish and religious life.
Paul was an accomplished golfer. A long time member and past president of the
Garden City Country Club, he was proud of his 7 holes in one. He enjoyed sharing
his love of golf and all sports with his children and grandchildren. He
enthusiastically coached and attended many sporting events including baseball,
lacrosse, soccer, karate, tennis, volleyball, and basketball. He was also a
passionate “dance grandfather.”
Above all, Paul was a devoted and caring husband, father, and grandfather. He is
survived by his children, Eileen Lynch O’Hara (Tom O’Hara), Virginia (“Ginny”)
Lynch Super (Steven Super), Anne Lynch Hughes (Greg Hughes) and Theresa
Lynch (Jonathan Kim). Paul, affectionately known as PopPops, is also survived by
his six grandchildren, Patrick Lynch O’Hara, Brendan Thomas O’Hara, Aidan
Timothy O’Hara, Keely Rose O’Hara, Devon Michael Super and Reese Elena
Hughes, as well as his dear canine friend, Dash. Paul leaves behind many loving
relatives and friends.
Paul was pre-deceased by his parents, J. Francis Lynch and Walburga Busch
Lynch, as well as his two brothers, Peter and John.

Beginning Wednesday, May 19, 2021, visitor capacity restrictions will be eliminated. We will continue to require of visitors the recommended social distancing of 6 feet. We will maintain a reasonable amount of visitors at any given time. Please be mindful that visitors are to be respectful to those who may be waiting by keeping your stay brief.

The Lynch family would request that ALL visitors wear masks.

To send flowers to the family or plant a tree in memory of Paul W. Lynch, please visit our floral store.