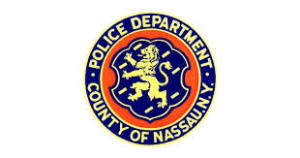 Tommy passed peacefully surrounded by family just as he wished.  He so loved and adored his children, Jackie and TJ, and was proud to become father-in-law to Patrick this past Christmas Eve in an amazing ceremony in front of the Rockefeller Center Christmas tree.  Tommy is loved by his brothers and sisters – the late Therese; Eddie and Sharon, Stephen and Lucille, Eileen and John, Tim and Sue, Maryellen and John, Billy and Mary, Joe and Laura, Colleen and Chris, Patti and Mark, and Kevin and Danielle.  He is the greatest uncle to his nieces and nephews – the late Keith; Brian and Jane, Kelli and Rob, Stephen and Kasey, Ryan, Joseph, Katie and Ronan, Sean and Shannon, Patti, Mary and Tim B., Timmy, Lauren, Jillian, Allison, Colleen, Bridget, Deirdre, Eddie, Samantha, Sarah, Melanie, Kelsey, Connor, Christopher, Elizabeth and Peter, Patricia, Tara, Emma, Maegan, Paige, Madison and Brooke.  Tommy is cherished by his aunts, uncles and cousins.  He had the most devoted friends, especially those from Nassau County Police Department.  These friends remained by Tommy’s side throughout his journey.

Next to being the best father, brother, son and friend that he could be, Tommy’s greatest accomplishment was serving 32 years in law enforcement, first in the NYPD and then in the NCPD.  In Nassau County, where Tommy spent 29 years, he served in the Fourth Precinct and was later selected to join the Bureau of Special Operations.  Tommy gave his all on and off the job.

Tommy was blessed to be able to retire in 2014.  He bought an RV and spent summers traveling with TJ to ballparks, national parks and seeing this country that he was so in love with.  He took much pride in his nephews, Christopher, Joseph and Timmy who serve our country in the Marines and his niece/goddaughter, Elizabeth in the Army.

We all know Tommy had a second home which he loved and would escape to any time he could. The Hughes Trailers upstate started as a single mobile home which expanded to a family compound. Tommy left his mark there and his memory will be felt in every room and on every quad.

Tommy was taken from us way too soon, yet he will live in our hearts forever. Many have commented that Tommy’s love, loyalty, and generosity will forever be imprinted in their hearts. In the words of the Bureau of Special Operations, “Once in, never out”.