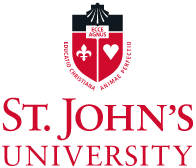 William (Bill) L. Keogan, 74, of Valley Stream, NY passed away on Sunday, January 23, 2022.  Bill was born on September 29, 1947 to Bernard and Eleanor Keogan in Queens, NY.  After graduating from Most Holy Trinity High School in Brooklyn, he went on to earn a B.A. and M.A. in History at Queens College and achieved his Master’s in Library Science from St John’s University.

Bill fell in love with Victoria Belski in 1969 after meeting her on a ski trip, and they wed in 1972, going on to have two children, Katherine Dina and Elizabeth Keogan.  He was a lifelong Catholic, diehard fan of the Brooklyn Dodgers, and former First-Class Boy Scout, but one of his favorite roles was that of grandfather (Pa) to his namesake, William Dina.

It was Bill’s great love of books that inspired him to become a professional librarian.  After starting his career at Mater Christi High School in 1974, he went on to serve as an associate professor and reference librarian at St John’s University for 43 years, and as a part-time reference librarian at Merrick Library for nearly 36 years.  He has also held positions on the boards of regional library, archives, and history organizations; penned numerous book reviews; contributed material to a wide variety of reference works; and was listed in the Who’s Who in America database, and the Who’s Who Directory of Online Professionals.  He is noted in the acknowledgements of 25 books and dissertations and has written a number of articles for the journal New York Irish History.  Bill also found time to volunteer his talents to the Cooperstown Senior Community Center newsletter and the New York Irish History Roundtable.  His own book collection was often referred to as the “Valley Stream Private Library” with a smile.

Music was another of Bill’s passions, especially the guitar.  Many was the time his family and friends would gather for sing-a-longs of “Mr. Bojangles,” “The Wild Rover,” or “Beans in Your Ears,” among many other songs.  He played at the Folk Mass at Our Lady of Lourdes Church in Malverne for many years, as well.

In an ongoing effort to protect the health of our community and in accordance with New York State mandate, we will continue to require the use of masks by all visitors. Individual family requests may require additional restrictions. Thank you for your continued understanding.

A Memorial Tree was planted for William